What are Opportunity Zone Investments? 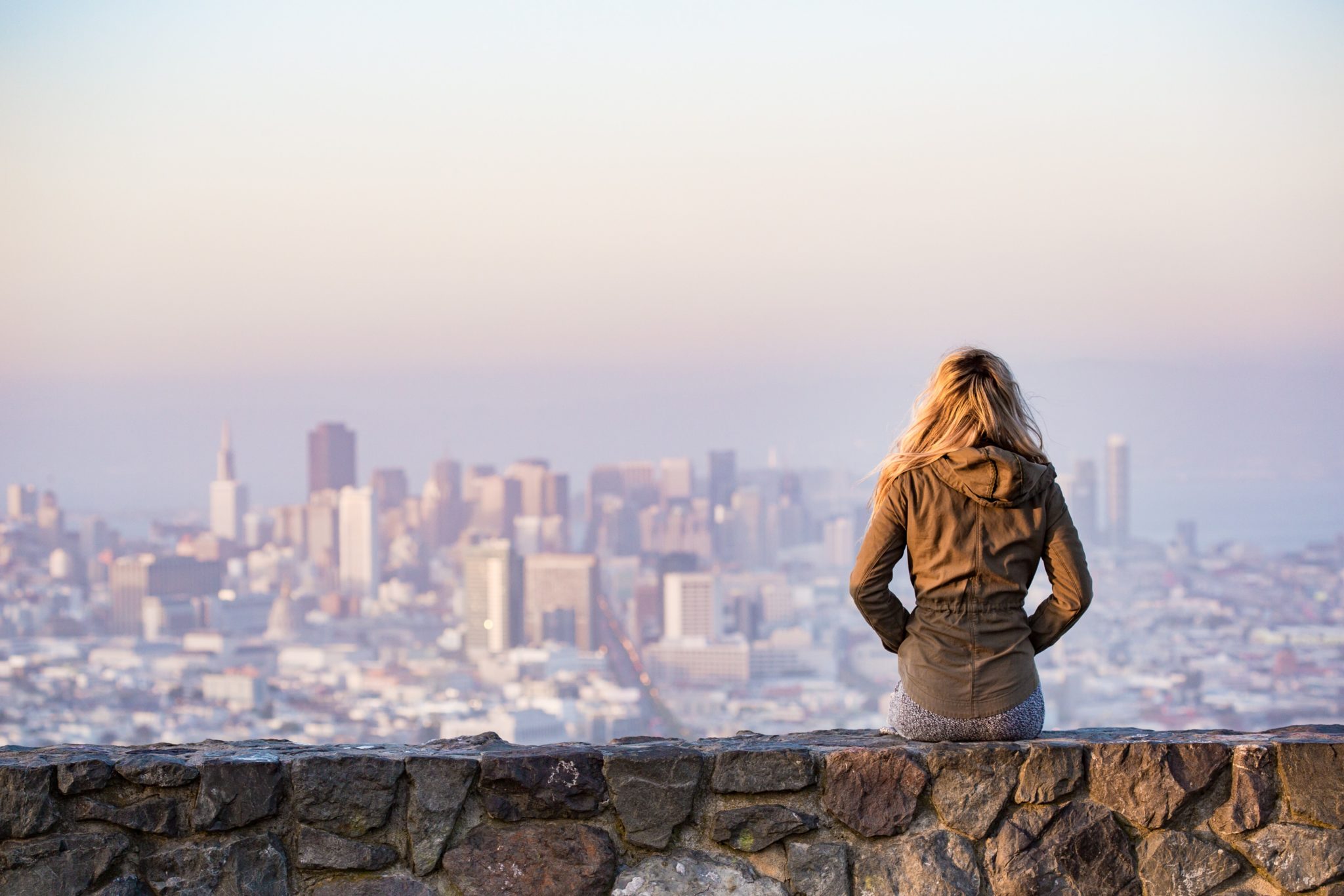 Opportunity zones are communities wherein new investments can take advantage of certain tax benefits. Opportunity zones were created in 2017 when the Tax Cuts and Jobs Act was officially passed. This legislation lessened income tax rates for the majority of tax brackets while also providing corporations with larger tax breaks. It was in this piece of legislation that “Qualified Opportunity Zones” came to be.

These zones are meant to facilitate job creation and economic development in certain communities. These communities can be situated in the U.S. or any of its territories. Any investors who place capital within opportunity zones are provided with extensive tax benefits. If you’re looking for the right investment opportunity to add to your portfolio, you might want to consider opportunity zone investments, which will be discussed further in the following article.

What Qualifies as an Opportunity Zone?

Before you get started with investing in opportunity zones, it’s important to understand what qualifies as an opportunity zone. Since these zones are meant to assist with the growth of areas that have generally been economically depressed, there are some restrictions on which tracts of land are able to qualify for designation. For one, the areas will need to qualify as being low-income areas, which requires a poverty rate that’s at least 20 percent or a median family income that doesn’t exceed over 80 percent of the average family income in metropolitan or non-metropolitan areas throughout the state.

How to Invest in Opportunity Zones

When you defer tax payments on capital gains, you can invest more of your capital gain for at least a few more years, which can help you increase your earning potential in a manner that wouldn’t be possible if you were required to pay taxes on your capital gains when they were first realized. Along with getting more out of your investments, deferring tax payments gives you the opportunity to invest in opportunity zone funds with this money for at least five years.

What Other Tax Incentives Do Opportunity Zones Offer?

Tax liability refers to the amount of tax debt that a corporation, individual, or other entity owes to the IRS. If you invest in opportunity zones, you may be able to decrease your overall tax liability, which means that you won’t need to pay as much on your yearly taxes. In the event that you hold an opportunity zone fund for at least five years before the December 31, 2026 deadline, you will receive a reduction in your tax liability of 10 percent. Overall, it’s possible to receive a tax liability reduction on capital gains of up to 15 percent. Keep in mind that you will need to invest in an opportunity zone fund by December 31, 2021 if you want to take full advantage of the tax benefits available to you.

If you want to protect your capital gains on a long-term basis, investing in opportunity zone funds is a good avenue to explore. The tax liability that comes with capital gains can actually be wholly eliminated if you hold your opportunity fund investments for ten years or more. Any appreciation that you earn from this investment will have zero capital gains liability to it. When looking through a historical lens, real estate typically appreciates over a long period of time, which means that it’s likely the investment you make will increase in value as you hold it.

Five Notable Opportunity Zones in the US

The following are five of the more notable opportunity zones that are considered to be primed and ready for almost instantaneous growth.

Oakland is situated near San Francisco and provides commercial and residential real estate developers with some fantastic opportunities for investment. There are already many large technology companies that are based out of Oakland, which include Pandora, VSCO, and Gravitational, the latter of which is a cloud-data service provider. There are also a variety of BART stations situated throughout Oakland that allow for far more convenient commuting in the Bay area. The presence of these stations in Oakland provides residents of the city with more job opportunities as well as easier mobility around the area. Over the past five years, the increase in home values is 48 percent, which is almost double than the rate of previous years.

Seattle is currently in critical need of new investments in commercial and residential properties, which is due mainly to the lack of development when compared to the substantial population growth throughout the city. The opportunity zone for this area is located in South Seattle and is large and contiguous, which means that urban development is possible alongside residential developments.

While you may want to invest in the development of apartment buildings, you should also consider investing in improved transit systems, which could allow for high returns. Condos are also in high demand throughout South Seattle. In the city, the increase of home values over the past five years was 46 percent.

San Jose is a city in the Bay area that’s experiencing rapid business and housing growth since many of the regions that are slightly north of San Jose, like Palo Alto, San Francisco, and Mountain View, have become increasingly expensive in recent years. In fact, the average price for a San Francisco home in 2000 was around $420,000. As of January 2019, home values in San Francisco skyrocketed by over 300 percent to $1.38 million. At the moment, these areas may not be ideal for investment when compared to San Jose.

Downtown San Jose is home to offices for large companies like Adobe as well as a new Google campus. While this campus is still in development, investors can expect the construction of the campus to create high demand for housing and walkable businesses that are able to support the large number of employees that will be needed by these companies. Throughout the past five years, home values have increased in San Jose by around 39 percent.

While many areas of Los Angeles are teeming with investment opportunities, the possibility of opportunity zone investments is mainly available in Downtown Los Angeles. This particular area experienced a boom in hotels and residential apartments back in 2018. Two of the more recognizable companies that are based out of Downtown LA include Soylent and Spotify, both of which are more popular than ever.

When looking specifically at South Los Angeles, many of the neighborhoods in the area are developing at the moment, which is ideal since these neighborhoods are situated nearby the 10 Freeway and allow for convenient mobility around the city. Los Angeles is also busy working on the creation of additional E Line stations all over the city, which is going to benefit mobility even more. Home values across Los Angeles have increased by around 36 percent over the past five years.

San Diego is yet another city in California that’s becoming increasingly expensive. While San Diego has usually been highly resistant to new developments, the presence of opportunity zones should give you the incentive to consider investing your money into a development project regardless. South Park, Barrio Logan, and Golden Hill are three areas in San Diego that are considered to be opportunity zones. When looking at the increase of home values over the past five years, San Diego has seen an increase of 30 percent. These trends are lasting ones that have yet to display any signs of slowing down.

Do You Want to Diversify Your Portfolio With Opportunity Zone Investing?

If you’re looking to diversify your portfolio with opportunity zone investing, it’s easy to get started with this type of investment. Your main goal should be to invest a realized capital gain into an opportunity zone fund within a period of 180 days after realization has occurred.

*Disclaimer: The statements and opinions expressed in this article are solely those of AB Capital. AB Capital makes no representations, warranties or guaranties as to the accuracy or completeness of any information contained in this article. AB Capital is licensed by the Financial Division of the California Department of Business Oversight as a California finance lender and broker (DBO Lic. No. 60DBO-69427). AB Capital makes money from providing bridge loans. Nothing stated in this article should be interpreted, construed or used as legal, financial, investment or tax planning advice, or a substitute for thorough due diligence and the exercise of sound independent judgment. If you are considering obtaining a bridge loan, it is recommended that you consult with persons that you trust including but not limited to real estate brokers, attorneys, accountants or financial advisors.